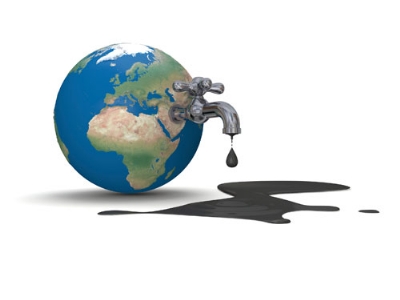 There is a gold mine in the oil rich countries of the Middle East. Business is booming, driven by population growth and stability in the world’s oil trade. The prospect of Iran and Iraq emerging as
important new consumer markets also contributes to the optimistic outlook for the region.  Marketers need to allocate their resources wisely, avoiding populous countries such as the YES markets (Yemen,Egypt, and Syria) enduring political and economic turbulence plus civil war. Double your business ? This represents a realistic ambition for a region with outstanding growth prospects.

All about the Oil !
Evaluating  the Middle East requires you to segment countries into two groups: Countries with oil reserves and countries with no oil. Consumers in countries with oil possess the purchasing power to buy international brands. Local industry concentrates  on oil and related services.
Most food and consumer products are imported, generating an enormous market for foreign brands.. Savvy , well travelled, Arabs demand international brands with the highest standards. Oil rich countries like Saudi Arabia and Kuwait feature significant expatriate populations homesick for their favorite brands. Citizens of countries like Egypt and Jordan which do not have oil find it tougher to afford premium,imported products. In the long term oil dependency could be problematic. Advanced  shale “fracking” techniques will allow countries like the USA and Canada to be net exporters of natural gas in the future.

Saudi Arabia- Big Prize
Saudi Arabia’s 28 million population plus ownership of 23 % of worlds discovered oil reserves places it as the strategic centerpiece of any Middle East development plan. I was fortunate enough to live and work in Saudi Arabia, managing the Gulf region for Clorox. Saudi Arabia represented 70 % of our total Middle East business, more than all the other countries combined. Successful brands still source more than
50 % of their Middle East business from Saudi Arabia. Saudi Arabia is blessed with strong distributors and high acceptance levels of “Made in the USA and Europe” brands.

Welcome to Iran and Iraq
Iran and Iraq combine for almost 26 % of the world’s oil reserves. In 2012, Iraq and Iran represented the world’s 6th and 7th ranked oil exporters respectively, creating important sources of hard currency. Iran’s population of 80 million is similar to the size of Turkey or Germany. Iraq’s population of 32 million is smaller, but economically further along due its “rebuilding” phase and delicate relationships with western governments.  Early signs appeared of easing banking  and export sanctions against Iran. Most urge caution, but the potential upside to normalized relationships with Iran and Iraq would be significant.

GCC – Great Growth Countries
GCC should stand for “Great Cash Countries. The fiver smaller GCC  countries include UAE,Oman,Kuwait, Qatar, and Bahrain. All feature substantial  oil related wealth and some of the world’s richest citizens. Qatar boast’s a per capita GDP of $103,00, followed by the United Arab Emirates at $49,800. Qatar hosts the 2022 World Cup and Dubai was recently been selected as the site of  the 2020 World’s Fair. Hordes of expatriates have been lured to GCC countries by fat paychecks and nice weather. Companies need to capitalize on these explosive trends while balancing the fact that all five smaller GCC countries combined represent about half the volume potential of the Kingdom of  Saudi Arabia.

Say no to YES Countries (for now)
Yemen,Egypt, and Syria (YES) represent  40 % of the Middle east population, but a small fraction of the purchasing power. Eventually, these countries will represent good growth opportunities. Better to focus limited resources on Saudi Arabia, Iraq, UAE etc, and wait until the situation stabilizes in YES.

Success Strategy # 1 – Focus Resources on Biggest Prize
Too many companies camp in Dubai, building a nice business in the UAE and treating Saudi Arabia as another export market like Kuwait or Oman. Saudi represents 50 % of today’s Middle East prize and should logically receive 50 % of your financial and human resources. Companies should investigate route to market options for Iraq and Iran and begin in a measured, legal manner. Nothing will happen overnight, but these are markets worth cultivating. I like Bahrain , Qatar, Jordan etc, but there is minimum upside for “over managing” these countries.

Establish a Local Team
There is a significant performance gap between companies that have employees based in the Middle East versus those that operate from corporate headquarters. In fact, it appears that locally based export managers are succeeding at dominating distributor attention and resources at the expense of those that visit once or twice per year. Your first hire should be a sales oriented person with Distributor management skills. A second person could focus on trade marketing and promotion activities that drive the volume in the region. Arabic skills are a plus, but not mandatory unless the person will devote the majority of their time at retail , visiting wholesalers and bagalas (small shops). Regional hubs are frequently found in Dubai or Jeddah,Saudi Arabia. Dubai based offices must maintain adequate focus on Saudi Arabia.

Watchout  – No Gulf Wide Distributors
I am alarmed at the brands and distributors pursuing region wide agreements.
My 20 year experience is that there are not any distributors who have critical mass, compete effectively, and maintain a physical presence across the entire region. Some Dubai based distributors may maintain satellite offices in Oman or Qatar. The big risk is aligning with a Dubai based distributor claiming coverage of Saudi Arabia, the big prize. Always question a distributor candidate on his physical presence and brands represented for each Gulf Country. Regional agreements offer simplicity, logistics efficiencies, and fewer points of contact. However, these benefits disappear when you assign a distributor in a small area like Dubai responsibility for a larger country where he works through an “alliance” or maintains a skeletal, one person staff.

Double Your Business Strategy:
Analyze your current business in the Middle East. Where are the white spaces in your Middle East coverage map ? How well are you doing in Saudi Arabia in terms of market share and shipments ?Are you aligned with the right distributors ?Export Solutions maintains 20 years of experience in the region, including 3 years “on the ground” in Saudi Arabia managing the entire region. Looking for new growth in 2014 ? Export Solutions can help !