Distributor of the Year

Distributor of the Year

Every supplier should organize a contest to recognize their Distributor or Sales Team of the Year. This strategy has proven to be one of the most efficient and effective business building ideas.

Sales People Love to Compete-Let’s face it. Sales people are competitive and if they are not………you may be aligned with the wrong sales team. Winning “Distributor of the Year” validates that they are a “winner” and truly are the best at what they do. Conversely, under performance signals to the participant that they need to act quickly to avoid finishing at the dreaded bottom of the heap. Distributors, Importers, Brokers and sales teams everywhere burst with pride when they show off their Distributor of the Year award, even if it is for one of their smaller brands.

What works ? This depends on the size and scope of your business. Global brands can recognize winners for each continent: Asia, Europe, Africa, and Americas with an overall international winner. Brands with a narrower presence can base their awards upon a region of their business: For example, you could have an overall winner for Latin America based upon regional winners for South America, Central America, and Caribbean or in Total Europe with Western, Central, Southern & Northern Europe competing.

Contest Rules and Structure– Announce the contest in January. Normally, I like contests that are 50 % dependent on shipment performance versus quota, 25 % on achieving new product launch acceptance ( or other major initiatives), and 25 % for intangible activities: Breakthrough performance, success despite adversity etc. The key is to strike a balance between shipments (what counts) and other factors as in many cases shipments don’t tell the entire story. Publish periodic updates and rankings. This pushes leaders to remain focused and laggards to increase intensity.

Other Awards– Some suppliers extend the contest to include “Retail Field Sales Team of the Year”, New Distributor of the Year, Most Improved, and even award retailers for supportive performance. Others institute a program that rewards “runners up” or honorable mention. In general, structure the contest to maximize the number of winners.

Prizes and Recognition– The prestige of winning Distributor of the Year is the biggest incentive. I’ve witnessed sales organizations delivering incredible results to win a Plaque valued at $50. The award winner should always be recognized with a plaque or trophy that can be permanently viewed in their board room or waiting room. The award should be accompanied by a press release that the distributor can share locally with their trade magazines. Larger manufacturers may want to host a local dinner or party for the entire team of the winning organization. Smaller suppliers may reward their Distributor of the Year with a trip to the supplier’s home country with a dinner with the CEO or company owner. Announcing the award at an annual meeting, distributor conference, or at a major trade show maximizes impact. The key is for all competing distributors to commit that “next year they will win Distributor of the Year”. 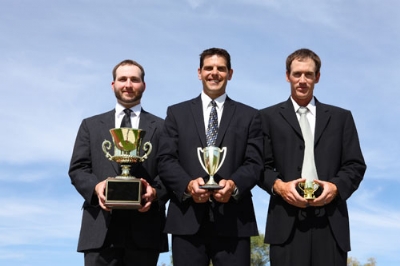