A Passage to India

A Passage to India 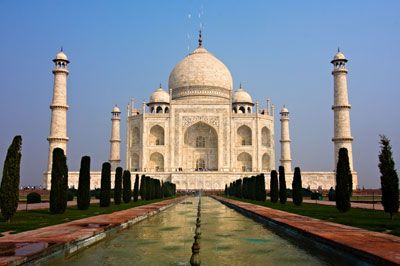 Consumer goods manufacturers pay high end consultants substantial fees to create  strategies to enter BRIC countries (Brazil, Russia, India, China,). My experience is that “I” often stands for “ignored”, as companies prioritize resource allocation to the other members of this elite group. Many feel that India deserves their reputation as complex, fragmented, distant, and poor. These points have some merit, but a recent trip to India revealed an excellent opportunity to get into an enormous, English speaking, market on the ground floor. India represents a gem for consumer goods producers when you consider key market entry considerations:
+ USA/EU packs are acceptable
+ Importer applies small sticker with local info
+ Minimal cost of entry fees
+ International brands enjoy good awareness and acceptance
Export Solutions believes that now is a good time for brand owners to begin their “Passage to India”.

Country Facts
India is the home to more than 1.2 billion people, the second most populous country in the world. India is also a large country, ranking seventh in the world in land mass, almost one third the size of the USA. India’s robust economy grew at a 7 % rate in the past 10 years. 2014 growth rate is projected at 4.7 %, a good achievement in the current economic environment. India represents the world’s fifth largest economy surpassing Germany and Russia. Per capita income is still low at $4,000, but India’s dynamic middle class totals over 70 million people, more than the entire population of France. McKinsey reports suggest that the middle class could increase ten fold to 583 million people by 2025.

Retail Gold Rush: 2015-2020
June 2013 signaled the turning point in the evolution of the “modern trade” sector of India. A law was finally approved to allow up to 51 % foreign direct investment in India’s retail sector. Foreigner retailers must invest a minimum of $100 million and source at least 30 % of supplies from small Indian businesses. This law is projected to stimulate growth in India’s formal retail sector from around $30 billion today to $260 billion in 2020. In the past, global retailers were limited to joint ventures to open wholesale “cash and carry” outlets. Many view this law as a critical first step providing savings to consumers and broader availability of international brands. potential.

Players and Partners: Metro,Walmart, Carrefour, and Tesco
Germany’s Metro Group led the invasion with their first cash & carry in 2003 in the boom town of Bangalore. Today, Metro operates 16 locations with sales apprpoaching $500 million. Metros customer base is equally divided between foodservice operators, owners of small shops, and individual consumers. Much noise in the press accompanied the 2009 opening of Bharti-Walmart’s first “Best Price Modern Wholesale” unit in Punjab. This 50,000 square foot unit offers 6,000 items, of which 90 % are sourced locally. The Bharti- Walmart joint venture opened a total of 20 Best Price” units  and operated 212 Easy Day convenience stores. Late last year, they announced that the partnership would be dissolved due to differences in strategic direction. Both are now searching for new partners with Walmart planning to keep Best Price and Bharti maintaining control of Easy Day. Carrefour maintains 5 Cash and Carry stores and is reportedly negotiating a joint venture with Bharti Group. In 2014, Tesco signed a joint venture with Trent Hypermarket Limited (THL), part of India’s dominant Tata Group THL runs the country’s Star Bazaar chain.Tesco will invest about $150 million in the 50-50 deal pending government approval. THL will operate 12 supermarkets under the Star Bazaar and Star Daily banners in southern and western regions of India.

New Routes to Market for Brand Owners
The Indian market opportunity was modest for most suppliers as volume potential reflected a small number of stores that could accommodate international brands.The retail “gold rush” of 2015 will change this as Walmart, Carrefour, & Tesco rush to open their doors in the major cities. These large format operators have ample space to stock international brands and can leverage their international product assortment to attract a dynamic segment of upwardly mobile Indian consumers.

Export Solutions India distributor list tracks 73 importer/distributors many of which represent well known international brands. Fortunately, most brands produced in the USA and European Union require only an importers sticker with the importers contacts and a ‘maximum selling price” to be eligible for resale. Another plus is the low cost of entry relative to the size of the market potential. India’s retailers request entry fees and marketing investments but at much lower absolute levels versus other more established markets. On a positive note, retailers and importers appear patient to allow an international brand time to gain awareness and presence in the market. The biggest issue is that India’s logistics complexities and tax policies often result in a retail price 3-4 times your landed price in the market. These factors translate to price points within reach of only middle class consumers.

Next Steps
India’s retail market will not be ignored much longer. The presence of powerful global retailers will drive India towards the top of leading brand owners priority lists. Export Solutions advocates our traditional “crawl, walk, run approach” of market entry. Ready to begin your “Passage to India” ? Contact Greg Seminara at gseminara@exportsolutions.com to get started.